A tiny collection of games I made or have worked on. 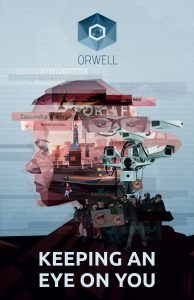 What it is about: data surveillance, interactive thriller
Who I worked with: my fine colleagues from Osmotic Studios
What  I did: idea, story writing, game design, producing, level design & scripting, some programming
What it is based on technically: Unity 3D 5 Pro, Visual C#
What it runs on: Windows 7 or higher

Big Brother has arrived – and it’s you. Investigate the lives of citizens to find those responsible for a series of terror attacks. Information from the internet, personal communications and private files are all accessible to you. But, be warned, the information you supply will have consequences…

Orwell is a new governmental security program that has the power to survey the online presence of every person in The Nation. It can monitor all personal communications and access any computer. To preserve the privacy of citizens, human researchers examine the data Orwell finds and decide which pieces of information should be passed on to the security forces, and which should be rejected.

Selected from thousands of candidates, you are Orwell’s first human researcher. And when a terror attack rocks the Nation’s capital city of Bonton, Orwell, and you, are immediately put to the test. Starting with a single person of interest, you’ll help the security forces build out and profile a network of potential culprits.

But are these people really terrorists? What does the information you reveal to Orwell say about them? What if you find out things about them that not even their loved ones know? What is the real price of maintaining the security that the Nation is yearning for? 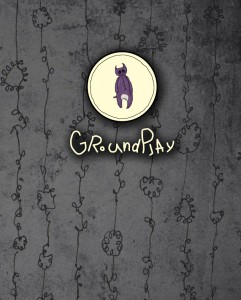 What it is about: side-scroller, direct control, puzzles
Who I worked with: three student artists, two (external) music composers
What  I did: idea, game design, level design, all programming (based on engine and some addons), some animations (with engine animation system), lighting and particle effects
What it is based on technically: Unity 3D 3.5 Pro, Visual C#
What it runs on: Windows XP, Vista, 7 (client-based)

You can download GroundPlay here. To execute the game, simply extract the Groundplay folder to anywhere on your PC and start groundplay.exe inside of it.

GroundPlay was my student project when I attended a master course in time-based media (games) at HAW Hamburg in 2011 and 12. In the course we attended we were supposed to create a vertical slice of a game completely envisioned, concepted and realized by ourselves. We got together in a group of four barely knowing each other, putting three artists in a team with me. The result was a quite “arty” game with a very distinctive graphic style, that was rather short (even for a prototype), but nevertheless could impress the people playing it. 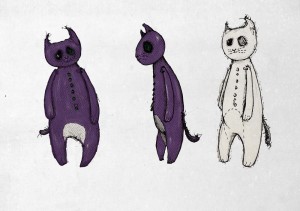 The protagonist of the game is Karlson, a tiny cloth puppet cat. But Karlson is more than meets the eye: He is the bearer of childhood fantasy – and of course the player’s avatar she can control directly by keyboard or gamepad. The world around Karlson – a darkish image of a child’s room – is threatened by some mysterious monsters. Those depict the adult seriousness invading the child’s world, leaving him the only one to challenge and maybe rescue the once naive and innocent world. To do that, the puppet can breathe live into any toy lying lifelessly on the ground by merging with it, gaining the abilities of the corresponding toy. This includes grabbing stuff if merged with an excavator or jumping when Karlson’s a Jack-In-The-Box. To merge with any other toy, Karlson must first unmerge from the toy he’s merged with at the moment, leaving that toy behind. 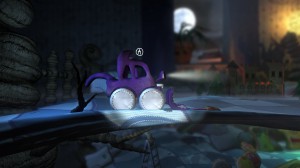 Utilizing this mechanics Karlson may puzzle through any level, ultimately being confronted with the monster that inhabits it. The monsters are tough opponents, even though Karlson may not be killed or die under any circumstances, and victory against them doesn’t come easily as they cannot be destroyed or overcome by force. Karlson will have to use the all the level’s toys – and thus fantasy – once again cleverly. 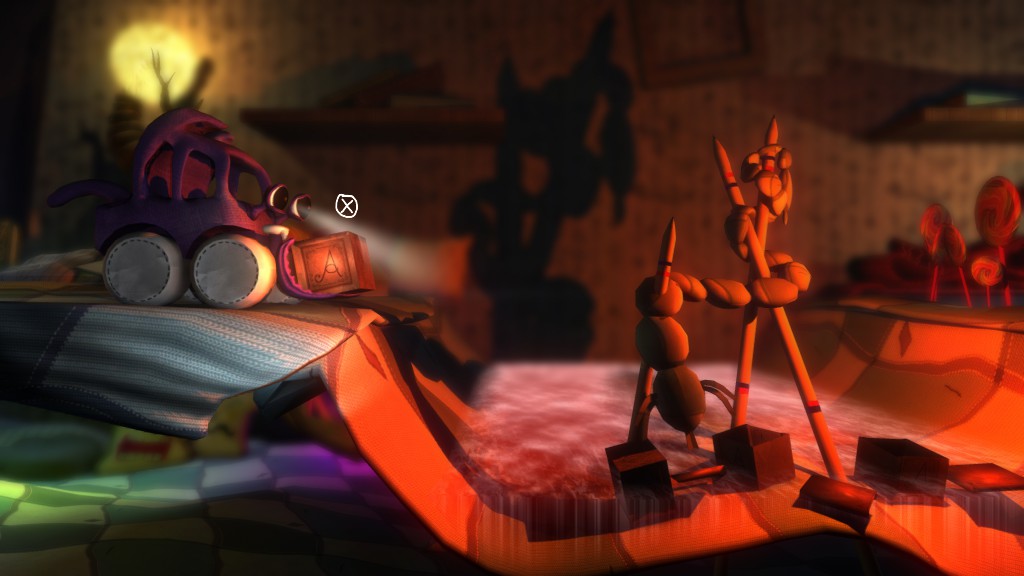 What it is about: real-time tactics, AI
What  I did: idea, all game design, all programming (based on engine), all graphics, all sounds (modified from open sound databases)
What it is based upon technically: Torque Game Engine (2D), TorqueScript (C# derivate)
What it runs on: Windows XP, Vista, 7 (client-based)

You can download Hexx here (german only). To execute the game, simply extract the Hexx folder to anywhere on your PC and start Hexx.exe inside of it.

Hexx started out as my very first try programming an AI for a game. It is a small real-time tactics game that is just about choosing the right field to conquer next and, of course, doing that quickly. You always play against an opposing AI player, who I based upon a desire system I designed myself. 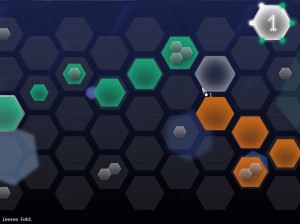 The game itself is quite simple: On a symmetrical board of hexagonal fields (thus the name!) any of the two players owns a base. The goal is to conquer the opponent’s base. You can conquer fields that are adjacent to any field you already own by left-clicking it. Be aware, you own fields just for a specific time value! After that the field goes neutral again. To prevent that, you can re-new fields by also left-clicking them, so it’s really down to conquering your own field again.

Conquering or re-newing fields will cost resources, a simple numerical counter up to the limit of six (so, yes, hex again!) that will work in ticks and increase when – you guessed it – six ticks have been made. The cost is determined by how many fields the opponent has adjacent to the field you wish to conquer minus the adjacent fields you own yourself. It can never go below the cost of 1, though. Resources are gained automatically over time, but the rate can be increased significantly by conquering ressource fields of different values (small, medium, big). The moment you conquer the opponent’s base field (or vice-versa), the game ends.

The AI works something like this: It will analyze the game situation whenever something changes on the board (or the resource counter) and rate its standing as opposed to the player’s, considering owned resources, resource fields, distance to opposing fields and the likes. Based upon this rating a desire value for each adjacent field on the board is calculated. Then the AI will conquer the field with the highest value the moment it is able to (i.e. has enough resources).

I’ve had (minor) involvements in the following titles. Titles and images are properties and copyright of their respective owners.

The Chronicles of Shakespeare (Daedalic Entertainment)