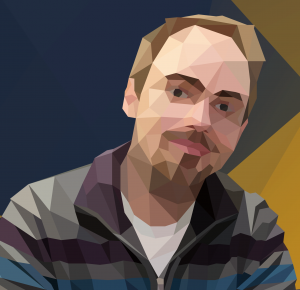 Welcome to my humble abode.

Unnecessary to say, my name’s Daniel. Since you either googled me or typed in the URL, you got that already figured out.

Necessary to say, I do Game Design with a specialization on Narrative Design and have been in the industry for almost six years now during which I have worked with numerous game development studios including Daedalic Entertainment, Beardshaker Games and PopRocket Studios. Sometimes I also develop (as in I program), although that is more a thing of the past.

This is the case because, by education, I hold a bachelor degree in Computer Science and a minor in Psychology as well as a master degree in Time-Based Media Design. Never found out what the heck that is supposed to mean. Probably something with games.

One thing we did in that Time-Based Media course was a game project called “GroundPlay” about a cat, a bed and a monster, which was able to win the German Computer Games Award as Best Newcomer Concept in 2013.

As a consequence of this quite surprising happening, parts of our former team (including myself) founded a company called Osmotic Studios. We now make narrative games with me focussing on that specific ‘narrative’ part.

I absolutely love games that convey a compelling story, get you in trouble deciding what to do, and do so by applying a coherent game design – meaning that the game’s mechanics actually are a part of the story, they don’t just enrich it. This is the core field I try to bust into. Alas, I’ve gotten only half-way closer since yesterday.

Up for a talk? Well, looky here.